The six pillars of Faith(Imaan).

Imaan (faith) is a crucial part of a Muslim’s life, and there are six articles of faith. These are derived from the Holy Quran and Sunnah of the prophet Muhammad.

Belief in Allah
Muslims believe in one, unique, incomparable God, Who has no son nor partner, and that none has the right to be worshipped but Him alone. He is the true God, and every other deity is false. He has the most magnificent names and sublime perfect attributes. No one shares His divinity, nor His attributes. In the Quran, God describes Himself:

No one has the right to be invoked, supplicated, prayed to, or shown any act of worship, but God alone.

God alone is the Almighty, the Creator, the Sovereign, and the Sustainer of everything in the whole universe. He manages all affairs. He stands in need of none of His creatures, and all His creatures depend on Him for all that they need. He is the All-Hearing, the All-Seeing, and the All-Knowing. In a perfect manner, His knowledge encompasses all things, the open and the secret, and the public and the private. He knows what has happened, what will happen, and how it will happen. No affair occurs in the whole world except by His will. Whatever He wills is, and whatever He does not will is not and will never be. His will is above the will of all the creatures. He has power over all things, and He is able to do everything. He is the Most Gracious, the Most Merciful, and the Most Beneficent. In one of the sayings of the Prophet Muhammad , we are told that God is more merciful to His creatures than a mother to her child.1 God is far removed from injustice and tyranny. He is All-Wise in all of His actions and decrees. If someone wants something from God, he or she can ask God directly without asking anyone else to intercede with God for him or her.

God is not Jesus, and Jesus is not God.2 Even Jesus himself rejected this. God has said in the Quran:

God is not a trinity. God has said in the Quran:

Indeed, they disbelieve who say, “God is the third of three (in a trinity),” when there is no god but one God. If they desist not from what they say, truly, a painful punishment will befall the disbelievers among them. Would they not rather repent to God and ask His forgiveness? For God is Oft-Forgiving, Most Merciful. The Messiah (Jesus), son of Mary, was no more than a messenger… (Quran, 5:73-75)

Islam rejects that God rested on the seventh day of the creation, that He wrestled with one of His angels, that He is an envious plotter against mankind, or that He is incarnate in any human being. Islam also rejects the attribution of any human form to God. All of these are considered blasphemous. God is the Exalted. He is far removed from every imperfection. He never becomes weary. He does not become drowsy nor does he sleep.

The Arabic word Allah means God (the one and only true God who created the whole universe). This word Allah is a name for God, which is used by Arabic speakers, both Arab Muslims and Arab Christians. This word cannot be used to designate anything other than the one true God. The Arabic word Allah occurs in the Quran about 2700 times. In Aramaic, a language related closely to Arabic and the language that Jesus habitually spoke,4 God is also referred to as Allah.

Belief in the Angels
Muslims believe in the existence of the angels and that they are honored creatures. The angels worship God alone, obey Him, and act only by His command. Among the angels is Gabriel, who brought down the Quran to Muhammad .

Belief in God’s Revealed Books
Muslims believe that God revealed books to His messengers as proof for mankind and as guidance for them. Among these books is the Quran, which God revealed to the Prophet Muhammad . God has guaranteed the Quran’s protection from any corruption or distortion. God has said:

Belief in the Prophets and Messengers of God
Muslims believe in the prophets and messengers of God, starting with Adam, including Noah, Abraham, Ishmael, Isaac, Jacob, Moses, and Jesus (peace be upon them). But God’s final message to man, a reconfirmation of the eternal message, was revealed to the Prophet Muhammad . Muslims believe that Muhammad is the last prophet sent by God, as God has said:

Muslims believe that all the prophets and messengers were created human beings who had none of the divine qualities of God.

Belief in the Day of Judgment

Muslims believe in the Day of Judgment (the Day of Resurrection) when all people will be resurrected for God’s judgment according to their beliefs and deeds.

Belief in Al-Qadar( Divine Decree)
Muslims believe in Al-Qadar, which is Divine Predestination, but this belief in Divine Predestination does not mean that human beings do not have free will. Rather, Muslims believe that God has given human beings free  will. This means that they can choose right or wrong and that they are responsible for their choices.

The belief in Divine Decree includes belief in four things: 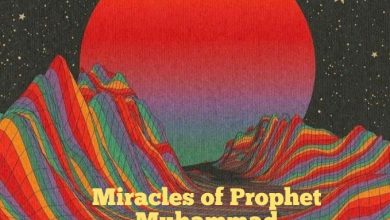 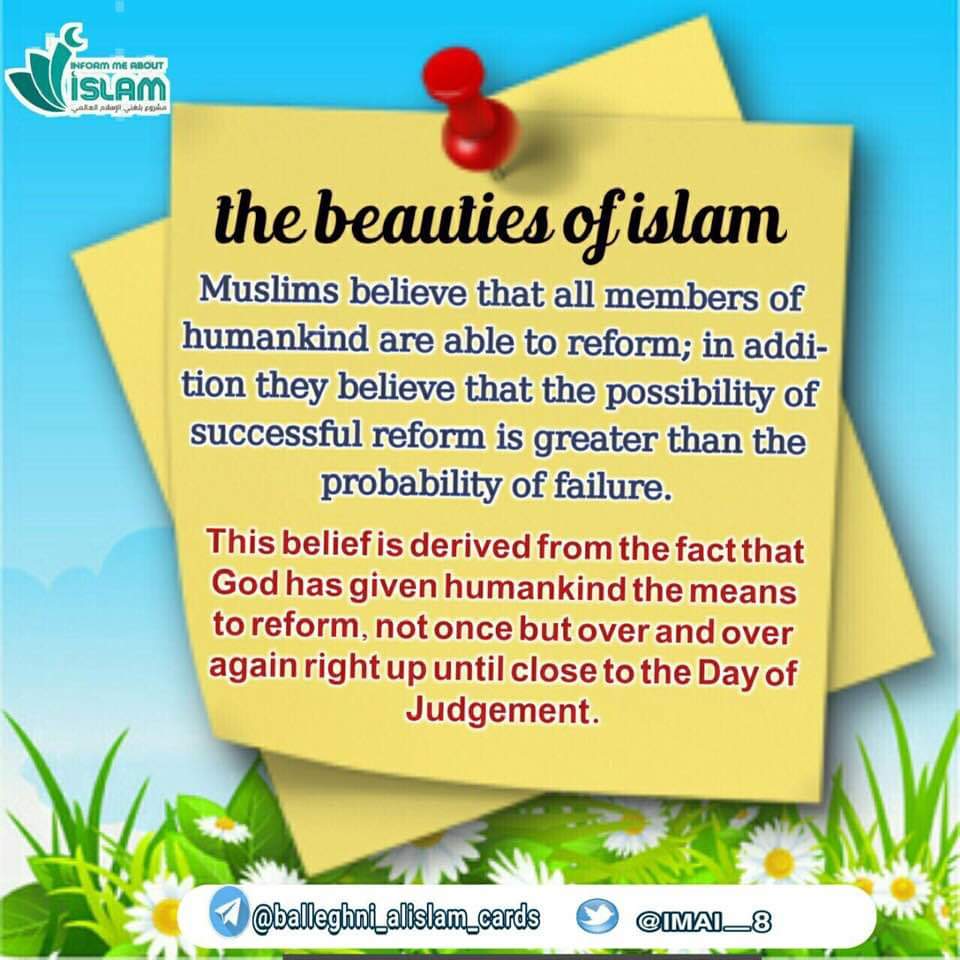 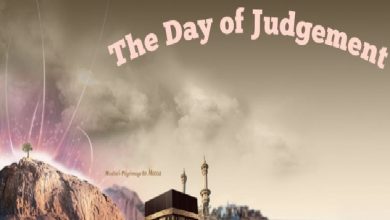