The origin of God

First of all,Both the Bible and the Quran tell us God has always existed and there never was a time He did not exit. As a result, He is the Eternal, without beginning and without end so, He is the only creator and sustainer of all that exists . Nothing and no one exists alongside Him, nor does He has any partners. He tells us, He is not created, nor is He like His
creation in anyway. He calls Himself by a number of names and three of
them are:

some names for Allah

He always has existed and He never was created, as He is not like His
creation, nor similar to it, in any way.
Moreover,The prophet Muhammad, peace be upon him, explained the devil would come to a person and ask them questions about creation; “Who created this or that?” to which the reply would be; “Allah” until he would ask;”Who created Allah?” At this stage the prophet advised us to drop this
train of thought. Obviously, God – the real God, must be eternal and not
have to be created.

The Quran tells us:
Allah! La ilaha illa Huwa (There is no god to worship except Him), the Ever Living, the
Sustaniner and Protector of all that exists. He doesn’t get tired and He doesn’t sleep.

Actually,everything in the universe belongs to Him. Who then, could intercede between Him and his creatures without His Permission? as He Knows everything about them and they have no knowledge except as He wills. His kursi (stool or chair) extends over the entire universe and He never grows preserving it. He is Most Hight, the Most Great.[This Verse 2:255 is called Ayat-ul-Kursi.] Surah Baqarah 2:255

So this verse truly presents the comprehensive representation of God in a way without trying to define Him by comparing Him to His creation, but rather as being the Absolute in all of His Attributes and Characteristics.

Can God do anything?

How Do Muslims Treat the Elderly? 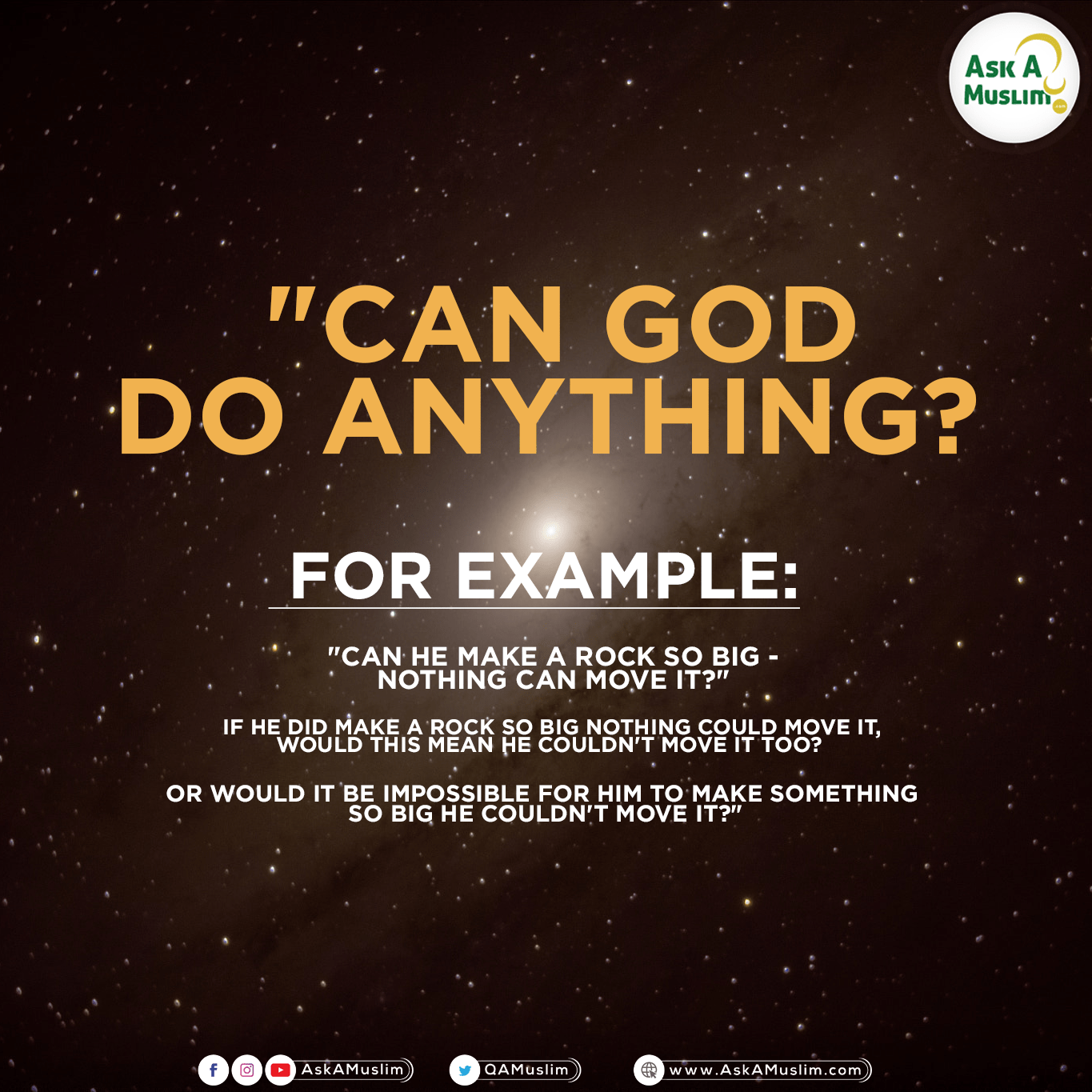 Can God do anything?